Off the eastern coast of Sumatra, flanked by the Gaspar and Karimata Straits, lies an enchanting island with beautiful beaches and fascinating scenery which is called Belitung Island. 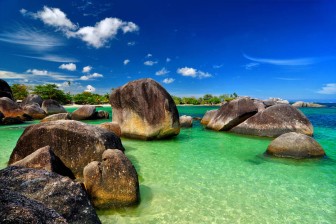 Its unique landscape, decorated with pearly white sand beaches, crystal clear water, and magnificent granite stone formations on its shallow shores, are some of the best features of the island. 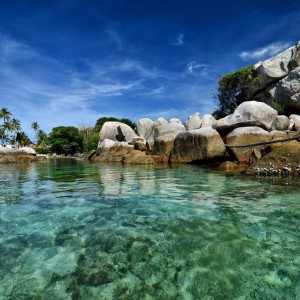 Along with the much larger nearby Bangka Island and other smaller islands, the island-cluster was once a district in the Province of South Sumatra. But in 2000, the island group was officially declared the 31st province of Indonesia called the Bangka Belitung Islands Province. Belitung Island is divided into two districts, the Belitung district with capital Tanjung Pandan city, and the East Belitung District with Manggar city as its capital.

In September 2005, a native Belitung writer, Andrea Hirata, published a novel entitled “Laskar Pelangi” or the Rainbow troops. Set in the enchanting Belitung Island, the novel was widely acclaimed and even crossed geographical and language barriers as it has been translated into English, Malay, Chinese, Vietnamese and Korean. Later, in 2008, the novel was made into a movie, and the enchanting sceneries of Belitung Island were introduced to the rest of the world. The name ”Laskar Pelangi” even became the name of the island’s seaport following the movie’s fantastic success. 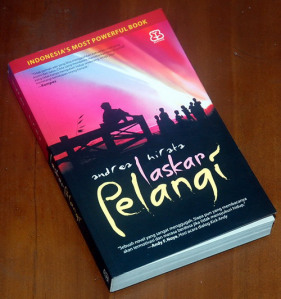 Once only known as a mining island producing tin, quartz sand, and Kaolin, the Laskar Pelangimovie revealed the enchanting beauty of Belitung Island that had long been overlooked.

Although not as popular as Bali or Lombok, Belitung is blessed with some of the best beaches of the country. The sand is soft and as white as palm sugar, and some even argue that the sand here is even whiter than that in Bali. 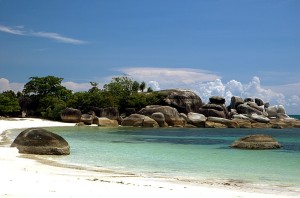 The most distinct features of the Belitung Beaches are the fascinating granite rock formations that spread through its shallow shores. Ranging from several cubic meters, these giant granite rocks can measure up to the size of a typical house. Some formations of these giant rocks even have short tunnels underneath, making this an exciting playground for visitors to bathe in its calm waters. One of the most iconic granite rock beach sceneries is found at the Tanjung Tinggi Beach, which was featured in the Laskar Pelangi movie. 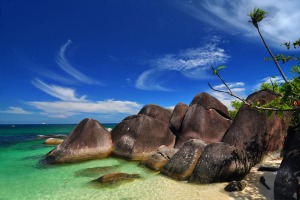 Belitung is also surrounded by more than 100 small islands. Almost all of them are decorated with white sand and granite rocks, and only a few are inhabited. One island in particular, the Lengkuas Island is the site of a 19th century antique light house. The Light House was built in Dutch colonial times and offers a beautiful overview of the area. Burung (Birds) Island, Babi (Pig) Island, Pengadaran Island, Lutung Island, Kera (Apes) Island and Jenang Island, are among some of the smaller islands that offer great experiences. 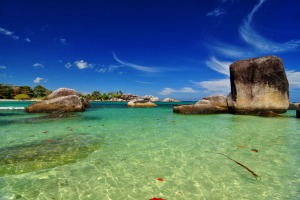 Aside from stunning beaches, Belitung also boasts legacies of the past. In the heart of Tanjung Pandan, the Museum of Belitung holds vast collections on the complete history of the island. Built in 1963, the museum was initiated by a Belgian geologist, Dr.Oesberger, who at the time worked in the Belitung Mining industry, and was called the Museum of Geology. In the beginning, the museum only housed collections of mining explorations and samples of the island’s mining resources. Later it was made as a district museum and to the collection were added various other items, including: traditional house-ware, pottery, traditional weapons, and many more. 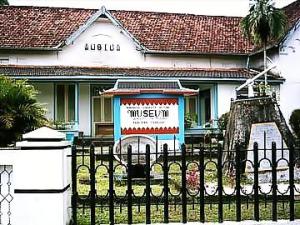 There is also a beautiful 18th century Buddhist temple located at the Burung Mandi village, in the sub-district of Manggar. The Vihara dedicated to the goddess Kwan Im was built in 1747 and still serves to this day as a sacred place for Buddhists. Bearing distinct Chinese architecture, the temple sits beautifully on the top of a hill and offers a fascinating view of the island. 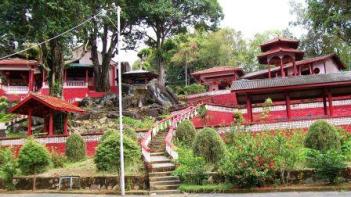 Whether it’s tracing the trail of the Rainbow Troops or simply enjoying the magical view of the granite rock beaches, Belitung Island offers a one of kind experience.

Besides the obvious beach activities, like swimming in the crystal clear seas and lazing on the white sand beaches, Belitung has plenty more to offer. Snorkeling is great. The coral banks right offshore in many places are still in fantastic shape. Island hopping is another fun activity. Belitung has many smaller largely uninhabited islands surrounding it. Some of the islands look like abstract sculptures consisting entirely of granite rock. Local fishing boats will be glad to take you out for a fair fee. Beachcombing and long beach walks discovering hidden coves and secret beaches are another healthy activity. 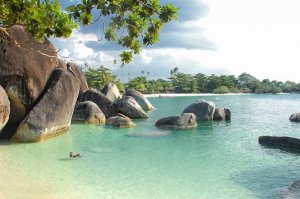 Off the shore of its pristine beaches, the seas of Belitung island offers excitement for snorkeling and dive enthusiasts. Among some of the best places for snorkeling are:

The various shapes and color of the coral reefs, along with hundreds of different types of fish and the crystal clear waters call out to any dive enthusiasts to explore the scarcely known Belitung seas. For a one of a kind experience divers may try the sensation of diving while watching the shark in Nangka Island, swimming with hawks bill turtles in Lengkuas island, exploring caves in Seadong Island, and enjoying the beauty of jellyfish along the coast. And there are many unique places to explore like: Karang Selai, Batu Selutik, Batu Malang penyu, Karang Bugis, Batu Mandi, Kunyit Island, Buku Limau Island, Mempirak Island to Keran Island.

Downtown Tanjung Pandan is quite interesting due to the many Dutch Colonial buildings and shop houses. Most of the government buildings are original Dutch buildings and the Old Dutch tin mining housing compound is still kept up. Traditional Bugis fishing craft and an odd assortment of other boats make the wharf and fish market an interesting place, certainly for its smells, to visit.

Traditional tin mining methods are cool to watch, there are no chemicals, just water and lots of mud. Also for those who don’t live here every day, the palm, coconut and pepper plantations can be interesting.

Culturally, Belitung has a rich diversity of people. Check out the cool Malay style wooden houses that remind you of the Caribbean, or the Bugis traditional raised houses where their half dock is used to dry fish. A Chinese Buddhist temple, said to be one of the oldest in Indonesia, was built by the survivors of an ancient Chinese trading vessel. While Balinese migrants have a thriving community which continues to carry on Bali’s traditions and religion.

Things to do in Belitung Island

Alternatively, you can take the Sea route by PELNI passanger ship, or KM Tristar from the Tanjung Priok harbor, in Jakarta. Keep in mind that the ship only serves travel to Belitung once every 2 weeks. The journey will take about 24 hours.

From the Provincial capital, Pangkal Pinang, you can get to Belitung Island by taking the daily Bahari speed boats that will take 4 hours. This is by far the most convenient means of Sea transportation and comes complete with air conditioner. Bahari express leaves daily at 14.00 from Pangkal Pinang, Bangka, to Belitung, and leaves at 07.00 from Tanjungpandan Belitung to Pangkal Pinang.

Tour guides service in Belitung Island that we recommend to you: 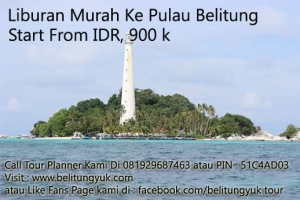 Our experienced design the tour to the Bangka – Belitung Islands for over 3 years with more than 1000 tourists be it individuals, regular, group outing etc who have used our services.

This entry was posted in Vacation Places and tagged belitung island, top asian destinations, travelling to indonesia, visit to indonesia. Bookmark the permalink.

This site uses Akismet to reduce spam. Learn how your comment data is processed.